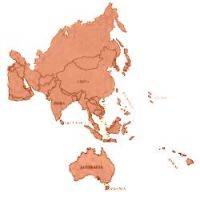 The Cursillo Movement in Asia-Pacific

The Cursillo Movement was introduced in Philippines in 1963 by the United States. Filipino cursillistas then propagated it in several Asian countries, mainly those bordering the Pacific Ocean.

What also helped the introduction of the CM in Asia and the Pacific, and throughout the English-speaking world, was the fact that following the first Cursillo held in the United States in 1957 talks and literature were translated into English by the Americans. This explains also why Asian countries have first belonged to the International English Language Group (IELG).


In 1990, the APG: ASIA-PACIFIC GROUP (*) was created and officially recognized by the OMCC as the 4th International Group, succeeding, in AP region, to the English Language Group.

The APG is currently constituted of the following countries:

In 1963 the USA brought the Cursillo Movement to the PHILIPPINES and it was Filipino Cursillistas who played a very significant role in the spread of the movement into countries throughout the Pacific.

AUSTRALIA. Several Spanish speaking migrants who had been involved in the Cursillo Movement before migrating to Australia, conducted weekends for men and women in 1963 and 1964 in the state of NEW SOUTH WALES, Australia. In 1965, the USA Cursillo Movement provided a small team who were joined by Spanish Cursillistas who could speak English to conduct the first English speaking weekend. In 1993 leaders from Korea came to Sydney, Australia to conduct Korean speaking men’s and women’s 3 days.
Australia is a vast country covering about 7,700,000 square kilometers, with ae population of 20,000,000 h. 14 of the 28 dioceses have an active Cursillo Movement, and in the 42 years since the first weekend in English, 18,000 have experienced Cursillo.

The USA also brought Cursillo to SRI LANKA in 1964.

The CM in HAWAII began in 1965 when a few men were sent, with approval of the Bishop, to California to make a Cursillo. These were the people who brought Cursillo to Hawaii. Although part of the United States, Hawaî has always been a member of the Asia-Pacific region, as it is located on the Pacific coast.

In 1965 Cursillo was introduced into VIETNAM by a group of Filipino Cursillistas who served in the allied forces in South Vietnam. The first few Cursillos’ were given in English to the Vietnamese government officials and military personnel in Saigon and the movement quickly spread throughout South Vietnam until 1975 when the communists took over South Vietnam. Since 1975 many Cursillistas were amongst the refugees who settled in different countries throughout the world. Vietnam in Diaspora established a Cursillo Movement in Canada 1977, America 1981, Australia 1992, and France 1993. Vietnam in the Diaspora was granted official membership of the Asia Pacific Group in 1992 and there are about 10,000 cursillistas members of Vietnam in the Diaspora.

In 1967 the CM was introduced into KOREA by Filipino Cursillistas. 14 of them flew to Seoul in May, and conducted the first weekend in English. Within 3 years CM had spread out across the country. In the 40 years since the start of CM in Korea there have been 150,000 brothers and sisters who have made their Cursillos. Men's and women's weekends are held every weekend of the year.

In 1968 the first Cursillo weekends were held in TAIWAN and were introduced by a team of Filipino Cursillistas. Later on, Cursllistas from Taiwan have taken Chinese speaking Cursillo to the United States, through weekends conducted in Los Angeles amd San Francisco. To date, there have been about 15,000 Taiwanese who have made their Cursillo.

and on GUAM for the first time in 1968.  Details of their Cursillo history is not available.

The Cursillo Movement began in 1970 in HONG KONG, with a Cursillo in English, the second in Spanish and one in Chinese. Now they are all in Chinese.

The movement was established in SINGAPORE in 1971 and in 1988 a team of Cursillistas from Australia traveled to Singapore in an effort to re-establish the movement, however there were many difficulties and little is known of what has happened to the Singapore movement at this time.

A group of Filipino and Australian workers, who were Cursillistas attending the same Group Reunion and Ultreyas, planned to spread the movement to the people of the Northern Mariana Islands. A group from Guam visited Saipan to explore the possibility of extending the movement in the CNMI (Commonwealth of the NORTHERN MARIANA ISLANDS). Saipan sent 4 men and 4 women to Guam to attend a Cursillo weekend in October 1992. The first Cursillo weekends were held in SAIPAN in 1993 and today there are approximately 300 cursillistas.

In 1993, leaders from Korea came to Sydney, Australia, to conduct Korean speaking men’s and women’s 3 days, and in June 2007 the OCEANIA KOREAN CURSILLO MOVEMENT (in Australia) was recognized as a member of the Asia Pacific Group.

After many years of perseverance and attempts to establish the movement in NEW ZEALAND, Auckland Archbishop gave his approval and the first men and the first cursillo was celebrated in 2003. Before this foundation, 3 New Zealanders, from 2 different dioceses, had gone to Australia to experience the Three days. These new cursillistas then set about making the bases and a team from Australia gave the first weekends. New Zealand does not yet have a National Secretariat

The US MILITARY bases of OKINAWA and KOREA also have Cursillo Movements and are members of the Asia Pacific Group.

INDIA has been a member of A/P Group, but contact has been lost and no details regarding history are available

In 2009, a team from Australia came to AMERICAN SAMOA to conduct the first two Cursillos.

(*) Source : OMCC website. For more information (with names and addresses of the leaders) see: Directory-OMCC-2012.
(**) Source : OMCC Monthly Bulletin February 2010 and the Cursillo Worldwide Directory - Catholic Cursillos in Asia
The 19th Asia Pacific Cursillo Encounter took place at Sydney in 2006. There is an excellent account of this meeting with videos and mp3 recording at: 19th Asia Pacific Cursillo Encounter Online Videos.